DELIO ROSSI, SALVEZZA – At “1 Football Club”, a radio program hosted by Luca Cerchione broadcast on 1 Station Radio, the former coach of Atalanta, Lazio and Fiorentina, Delio Rossi, spoke. Below, an extract collected by the editorial staff of calcioinpillole.com.

Delio Rossi, Salvezza: “They are doing something truly incredible”

“I was hoping for it, I must say that given the conditions they are doing something incredible. It would be the biggest sporting miracle of the year if they managed to save themselves. The change in the technical guide has influenced, but above all that of the players. Changing 10/11 players in the mid-season and taking bets is still a risk, so there was a settling time to be respected ”.

Mazzocchi and Nicola: “Yes, but although I agree that it is an interesting prospect, I evaluate the team for the decisive positions such as goalkeeper, central defender, central midfielder and center forward. The one who stood out most was Ederson, an excellent player for the category ”.
Davide Nicola was known for these crossings for salvation: did he give a different grit?
“Grit is not enough, he was the first to believe in salvation and he did it even in particular moments, where there were heavy defeats. He especially he was good at giving rational play in a short time “.

Delio Rossi, Italian: “One of the few who has made the process and works in a great team”

“To evaluate a manager, I go to see how his teams play. Above all, I go to see his story, because beyond what people think, the story is put on paper. He is one of the few young people who has made the process from C to Serie A, this year he is coaching Fiorentina with profit. He already works in a great team, then if he is ready for another leap the pitch will tell. Now maybe he has lost a bit because with this expensive football or you have important players or you struggle. In my opinion he is the most interesting young player in our league “.

Delio Rossi, Napoli: “A strong team, they deserve the Champions League, but something is missing to win”

“I know Spalletti well and I know his history, as well as the square in Naples. In my opinion, Napoli has an important squad, they could already go to the Champions League last year. This year was the main goal and he hit it, he should be given honor and merit. In these last few games he has lacked in something, but fundamental players have also been missing, especially in the mid-field. There is regret and discouragement, but to assess the exact value of a coach you have to wait for the end of the championship and draw a line, seeing if the goals have been achieved and if the players have been valued ”.

Must the era of defensive football in Italy end?

“I don’t think it’s a problem of coaches or mentality. Real Madrid are coached by Ancelotti who is Italian so it is a problem with the quality of the players. When we had them we won the Cups, now others win them. Technical qualities are needed, not just physical, the difference is made by the technical players in speed, because we have them at our own pace “.

What is missing to be competitive again?

The sport at a high level, even if it loses its romantic style where even the last can beat the first, today is based on the excessive economic power. Leicester can win the championship every 50 years, but against Manchester, Liverpool, etc. cannot compete in the long run. Football has changed, we have lost the Morattis, the Zamparini, only the Agnellis remain but behind them they have a power like FIAT, Ferrari, the best known Italian brand in the world. However, we would lose our identity, because more than 10 Serie A teams are foreign owned, most of them American and so they will dictate the rules. The strength of our football has also been our tradition, so we will lose this too and it will become a football of algorithms and not of intuitions, skills, reasoning, but above all programming. You have to think about when it will go wrong and when it will go wrong you have to think about when it will go well. The pinnacle of our football was 2006, now it is the others that dictate the quality of top level players, such as Portugal for example. Mancini is doing an excellent job, but the quality of the players is that “.

Juventus, Allegri: “Vlahovic is already in the team” 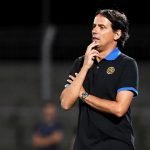 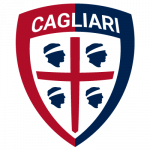