ATALANTA GASPERINI – Atalanta coach Gian Piero Gasperini spoke to the microphones of DAZN after the match against Salernitana, drawn 1-1.

Atalanta, Gasperini: “Time passes. The decline exists, of a team, of a cycle, of a player. It’s not easy for anyone “

Four out of eighteen victories in Bergamo: it is a fact that strikes you, is there an explanation?

“Many. I am not here to list them all, there is a considerable disparity between what we have done outside the home and those at home. Then there are races like those of this evening where you attack for a long time but we are unable to be concrete, to finalize. We go under almost immediately, this is a technical explanation “.

Several games that you have lost, at home, you have gone under …

“Also in the other seasons there have been many matches where we have gone under. We have lost the capacity, the technical security that by attacking en masse we could create opportunities. We can no longer do it with the same precision, the same clarity. This is a team built to score goals. We have always been the fifth-sixth defense but very often the first attack. We usually win games like this to stay high in the standings. We continue to play like that but we are not effective, at home it is more evident. There were other negative aspects that conditioned us ”.

What does it take to continue this cycle?

“This will be a matter of reflection. It is never easy, it is everyone’s problem, when there are cycles … We know that for athletes it is not like in other sectors that experience and skills allow you to become better. There are some fantastic players, sadly, time is passing. The decline exists, of a team, of a cycle, of a player. It is not easy for anyone, not even for the big teams. It is a normal reflection, which is done. I work for Atalanta and if they start again, as I hope, I will be with renewed enthusiasm. But these decisions are not made by us coaches. Let’s hope we don’t miss any more matches or they even kick me out. The past always counts later, you know very well… I put on the mask, today I wasn’t so calm ”.

Isn’t your period over?

“We must also understand. If Atalanta is to win, as we were asked again this year. Now it has changed ownership and extraordinary things happen. The most likely thing to win is the Coppa Italia. Difficult the Scudetto, the Champions or the Europa League. We have achieved the best successes, we are known abroad. I would sign up to continue to have results like this. There is no limit to the best, there is no limit to the worst. Are we seventh today? We are still there to play with it. The second year was an extraordinary thing. Now we need to reflect “. 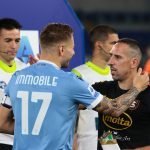 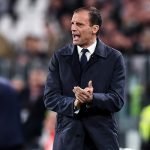