Massimiliano Allegri, Juventus coach, spoke at the press conference before the match against Venezia, which will be played tomorrow at 12:30. Here are his words.

Allegri: “We need to score as many points as possible. Arthur is available, we hope to have Cuadrado back “

What chance is tomorrow for your Juve to lock down a Champions League spot?

“First of all you have to score points and you have to score as many points as possible from here to the end. Then there are still four points to mathematics to reach the Champions League and we have the possibility of taking three points against a team that, however, has changed coaches and that comes from eight defeats. Venezia have always fought, while in the last four games we have always conceded goals and tomorrow we must try not to concede them. Tomorrow we need great respect for the opponent and we must not think that we have already reached the goal because this is not the case ”.

A judgment on Kean?

“Kean never scores trivial goals. He entered well in Sassuolo, he’s fine physically and mentally. I have to consider whether I will let him play from the start tomorrow or not. I’m happy with what he’s doing ”.

If you have a wild card which league game would you like to play?

Klopp in his first period did not win anything with Liverpool, then he won and now he has renewed his contract until 2026 does this teach anything?

“First of all, I was very pleased with the words of the president. Juve have won a lot in recent years, they have been very good in Europe, always playing the Champions League in an important way. This year we have a good foundation and we need to be ready for next year. I don’t know Klopp as a person, but I have to say that I like him very much because he doesn’t take himself seriously and is very good.

In Italy there is a tendency to knock out coaches from morning to night and being on the same bench can be an advantage for everyone. We worked well with Juve this year, we all worked together trying to evaluate the mistakes made. We are on the right track, but from there to win then we pass because only one wins. Also because not fighting for the championship makes me tick a lot “.

Have you done a muscle injury analysis?

“I believe the muscle injuries were average. The other long-term injuries were traumatic. Danilo, who was out for two months, also suffered a traumatic injury because he tore himself after a blow suffered in Rome. But the team behaved well in the difficulties and now we need to score points ”.

Can Danilo rest? How is Arthur?

“Arthur is available. Danilo did two days apart and today he trained with the team, but tomorrow he has to play. Cuadrado we hope to have him against Genoa. We also see for De Sciglio. Locatelli and McKennie are following them well we hope to have them by the end of the season but it is difficult ”.

What would it mean to reach third place?

“It would have a great significance because in the season, if I’m not mistaken, we were also tenth in the standings and in January we were in a bad position. Then a good job was done and we made this run-up. Then we will see what Napoli will do, who until a few days ago were playing for the Scudetto and let’s see if we can take it. So let’s consolidate fourth place and then let’s see ”.

Tomorrow’s match will be important for both teams: Venezia, after having sacked Zanetti, will try to scrape together a few points from here until the end of the season to attempt the last assault for salvation. Everything seems to be more complicated and the Venetians seem to be destined for the cadet series. Juventus, on the other hand, has as its main objective to secure fourth place, then, in the next races, will have to win and hope for some non-victory for the Neapolitans to finish the season in third place.

Raspadori: “I can do both external and central. On today’s defeat … “ 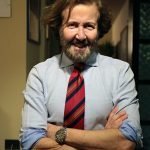 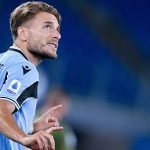